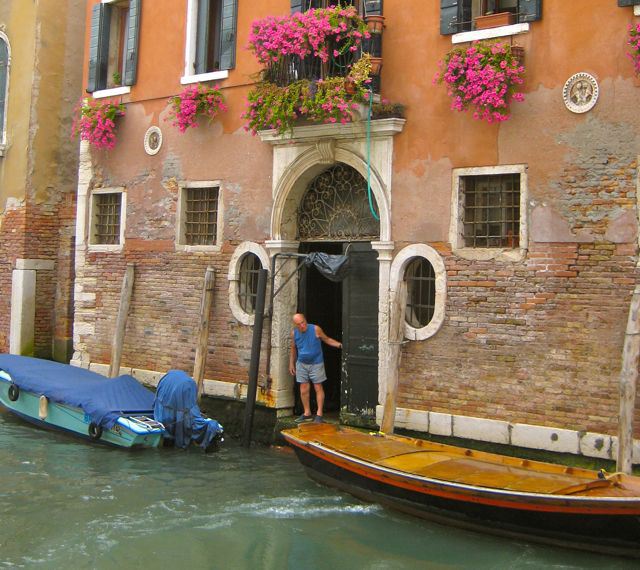 Without deep cuts in heat-trapping greenhouse gas emissions, some of the world's most famous and culturally important landmarks could be lost as sea level continues to rise. At risk are cherished travel destinations and icons like the Statue of Liberty, Venice and even the Sydney Opera House, according to University of Innsbruck researcher Ben Marzeion.

"Sea-levels are responding to global warming slowly but steadily because the key processes involved — ocean heat uptake and melting continental ice — go on for a long while after the warming of the atmosphere has stopped," Marzeion said.

Also impacted would be the city centres of Brugge, Naples, Riga and St. Petersburg, Robben Island and Westminster Abbey.

The study calculated the effects of global warming on 720 World Heritage sites, finding that 156 are threatened if the current global warming trend continues and temperatures rise to 3 degrees Celsius above pre-industrial levels in the next 2000 years — a likely and not particularly extreme scenario, according to the researchers.

Co-author of the study Professor Anders Levermann, from the Potsdam Institute for Climate Impact Research, said: "After 2000 years, the oceans would have reached a new equilibrium state and we can compute the ice loss from Greenland and Antarctica from physical models. At the same time, we consider 2000 years a short enough time to be of relevance for the cultural heritage we cherish."

As a proxy of where cultural heritage may be currently developing or set to develop in the future, the researchers also calculated the percentage of currently populated places that would be living below sea-level if temperatures increased above pre-industrial levels by 3 degrees Celsius in the next 2000 years.

"Our results show that if there is a 3 degree Celsius temperature increase over the next 2000 years, which seems likely to be reached and is generally considered not to be an extreme scenario, the impacts on global heritage would be severe," Marzeion said. "We've assumed that a heritage site is impacted when at least part of it is below local mean sea-level; however, tides and storm surges may dictate whether or not the site should be protected before sea-levels reach this point."