Grays and Torrey, two Summit County 14ers, will be renamed for Eric Decker and Demaryius Thomas on Superbowl Sunday. 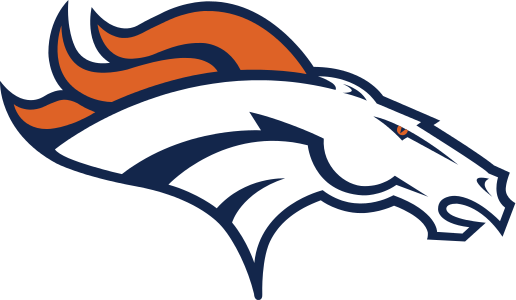 Colorado Governor John Hickenlooper is invoking the spirit of the majestic Rocky Mountains in hopes of propelling the state's beloved Denver Broncos to a Superbowl win over the Seattle Seahawks this weekend.

In a special proclamation issued early Wednesday morning, Hickenlooper said he is temporarily renaming all of Colorado's 14,000-foot peaks after individual active players on the Denver Broncos football team. The mountains will go by their new names for one day only -- on Super Bowl Sunday.

The highest peak in Colorado, 14,440-foot Mt. Elbert, will be named after quarterback Peyton Manning, and Summit County gets in on the action with three 14ers: Quandary Peak will be named after Dominique Rodgers-Cromartie, because his coverage, according to the proclamation, proves to be a quandary for opposing quarterbacks. Two other 14ers along the Continental Divide, Grays and Torreys, will be named for the dynamic duo of Eric Decker and Demaryius Thomas.

The full text of the proclamation:

WHEREAS, the State of Colorado is confident that the Denver Broncos will beat the Seattle Seahawks in Super Bowl XLVIII; and

WHEREAS, the Denver Broncos gave Coloradans a lot to be proud of this season, including becoming the first team in NFL history to score more than 600 points in a single season and winning the AFC Championship; and

WHEREAS, Seattle makes some, well, OK beer; and

WHEREAS, the Seahawks have a 12th man, whatever, while the Denver Broncos have the greatest fans -- men, women and children -- in pro sports; and

WHEREAS, we are proud of the majestic mountains in Colorado, which is home to 53 14ers – the same number of players on the Denver Broncos’ active roster; and

WHEREAS, Peyton Manning bears a symbolic resemblance to Mount Elbert, the tallest 14er in Colorado, because he stands tall as an extraordinary leader of the Broncos; and

WHEREAS, Matt Prater kicks the football long – an NFL record 64 yards long – and could be compared to Longs Peak; and

WHEREAS, the Broncos offensive line stands together, like our Collegiate Peaks, rooted into the earth and preventing anyone from getting to Peyton Manning; and

WHEREAS, there are many other connections between other 14ers and players as referenced below;