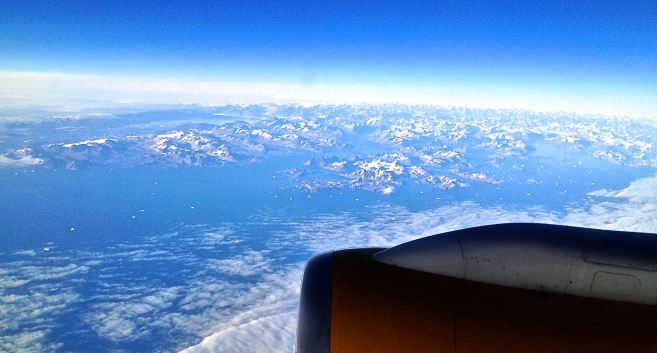 Most U.S. airlines aren’t making much progress in reducing greenhouse gas emissions, according to a new report from the International Council on Clean Transportation. Despite some improvement by individual airlines, the analysis showed there was  no net improvement in the fuel efficiency of U.S. domestic operations from 2012 to 2013.

The study showed that two of the most fuel efficient carriers  — Alaska and Spirit — had the highest operating profit margins in 2013. Meanwhile less-efficient carriers like Allegiant made profits while using old, polluting and less efficient aircraft. The study findings contradict airline industry arguments that fuel costs automatically push airlines to maximize efficiency.

The flat line in fuel efficiency is worrisome to environmental groups, who are pushing the EPA to set standards that would nudge airlines toward better performance.

“Airlines are banking sizeable profits even as they simply ignore fuel efficiency and emit more carbon pollution,” said Vera Pardee of the Center for Biological Diversity. “This report’s disturbing findings leave the EPA no choice but to finally confront airplanes’ escalating emissions. Until we get sensible federal regulations, we’ll see more and more planet-warming pollution from this industry.”

U.S. airlines posted a 5.7 percent profit margin in the first three quarters of this year. Meanwhile industry pollution is increasing: Aviation now accounts for about 11 percent of carbon dioxide emissions from the U.S. transportation sector, and those emissions are rising 3 percent to 5 percent every year.

If counted as a country, global aviation would have ranked seventh in terms of CO2 emissions in 2011, just after Germany. These already massive CO2 emissions rise every year and are projected to triple by 2050.

The EPA announced two months ago that it has started a rulemaking process to determine whether American aircrafts’ fast-growing carbon emissions endanger public health and welfare.

According to environmental groups, the result of that process is a foregone conclusion. The EPA expects to issue a proposed finding by late April 2015, along with a notice describing international efforts to set aircraft carbon emission standards by 2016. Those efforts have stalled for decades.

The EPA action came one month after the Center for Biological Diversity and Friends of the Earth, which is represented by Earthjustice, filed a notice of intent to sue the agency for failing to reduce aircraft greenhouse gas pollution.

The Clean Air Act rulemaking process now underway requires the EPA to act domestically regardless of international action. In response to an earlier lawsuit by the Center, Friends of the Earth and others, a federal judge ruled three years ago that the EPA must address aviation’s carbon emissions.

As the ICCT study notes, two of the most fuel-efficient carriers — Alaska and Spirit — had the highest operating profit margins in 2013. Meanwhile less-efficient carriers like Allegiant made profits while using old, polluting and less efficient aircraft. These facts flatly disprove industry arguments that fuel costs automatically push airlines to maximize efficiency.