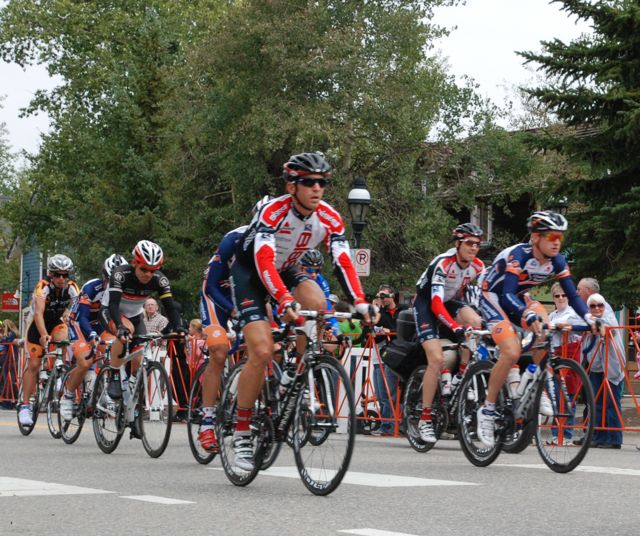 The world's best bike racers may still be contesting the toughest stages in the Tour de France, but some of them will soon be racing up mountains twice as high when they compete in the 2014 USA Pro Challenge (Aug. 18-24), including several stages near Copper Mountain.

You can easily watch several stages if you're staying at Copper Mountain vacation rental during race. More information here.

Race organizers said this week that a very competitive field is once again lining up for the race through Colorado, with teams from six countries ready to tackle classic Colorado climbs and descents, not to mention a thrilling time trial near Vail and the final circuit stage through Denver.

Led by UCI ProTeams BMC Racing Team, Cannondale Pro Cycling, Team Garmin-Sharp, Tinkoff-Saxo and Trek Factory Racing, the race will include some of the top talent in the sport. The heart-pounding seven-day stage race through the Colorado Rockies will travel 550 miles from Aspen to Denver, making stops in cities known for their cycling culture and history such as Vail and Boulder.

“We consistently get such an overwhelmingly positive response from the teams that participate in the Pro Challenge each year,” said Rick Schaden, owner of the USA Pro Challenge. “The race continues to build momentum year after year and we’ll look to build on that in 2014 by welcoming back some veteran teams and introducing some new ones to the challenging terrain and beautiful scenery of Colorado.”

“We’ve had huge success in the Pro Challenge the past three years and we’re looking forward to returning for a fourth,” said Jonathan Vaughters, CEO, Slipstream Sports and Team Garmin-Sharp. "As a Colorado-based team, this is a race we look forward to all year and the riders always bring their a-game. Last year Lachlan Morton won the Best Young Rider competition and Tom Danielson got third overall, so we have high goals for the race and we will give fans plenty of reasons to cheer."

Following is the complete list of teams that will be competing in the 2014 USA Pro Challenge:

“The USA Pro Challenge has featured some of the best teams in the world over the last three years and 2014 will be no different,” said Shawn Hunter, CEO of the Pro Challenge. “We’re giving cycling fans in the United States the chance to see the teams they love up close and in person. Interest in the race continues to grow and this year’s diverse roster of teams is going to create seven intensely competitive days of racing in August.”

"We're really looking forward to racing in the USA Pro Challenge again this year,” said Cannondale Team Director Alberto Volpi. “With tough, competitive racing and amazing crowds, this is the kind of race we love. Last year the team rode really well and Peter Sagan took the sprint jersey. This year, we’re coming back to take stages and be again among the main contenders. We’ll certainly bring a strong team.”

About the USA Pro Challenge

Referred to as “America’s Race,” the USA Pro Challenge will take place August 18-24, 2014. For seven consecutive days, the world’s top athletes race through the majestic Colorado Rockies, reaching higher altitudes than they’ve ever had to endure. One of the largest cycling events in U.S. history and the largest spectator event in the history of the state, the USA Pro Challenge continues to set records in professional cycling by taking the riders to unprecedented elevations. Featuring a challenging course, the fourth annual race will spotlight the best of the best in professional cycling and some of America’s most beautiful scenery.