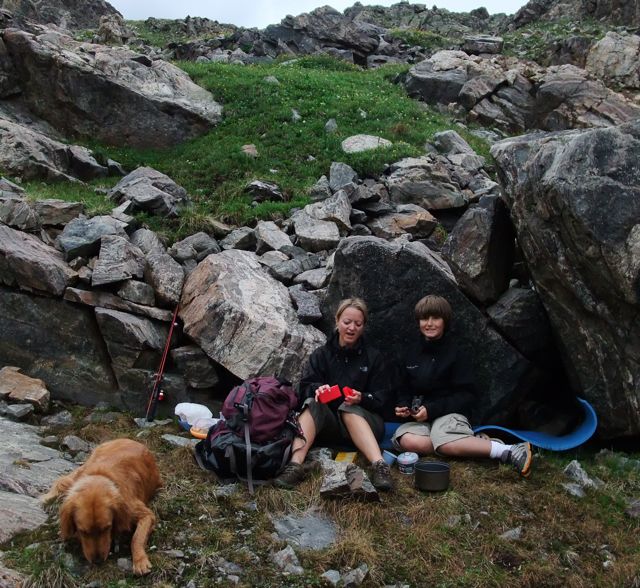 COPPER MOUNTAIN — Colorado has a well-deserved reputation for fine weather, averaging about 300 days per year when mostly sunny conditions prevail. But that doesn't mean it never rains!

The fact is, the mountains of Summit County have a very distinct rainy season known as the North American monsoon. It begins in mid-July and lasts for about four to six weeks, coinciding with the heart of summer travel season. So when you plan your visit to Copper Mountain — be prepared.

Let's take a look at some of the factors that shape Copper Mountain's summer weather:

The jet stream is a fast-flowing river of air that moves from west to east across the northern hemisphere. In the winter, it helps deliver moisture off the Pacific Ocean, fueling Colorado's world-famous powder snow. In the spring, the jet stream retreats far to the north, which leaves Copper Mountain under the influence of a high pressure system growing over the Desert Southwest.

The early part of the summer is marked by fair weather, especially June, which often the driest month of the year, but by the time July rolls around, the North American Monsoon starts to flex its muscle. By mid-summer, that Southwest high pressure area is so strong that it pumps moisture from the Gulf of California and the Gulf of Mexico far to the north. As that moisture rises up to climb over the Rockies, the air cools, condenses and forms towering thunderclouds that can drop copious rain, especially over the highest peaks. Just two years ago, Breckenridge tallied an all-time 24-hour rainfall record, picking up more than three inches of water from slow-moving thunderstorms.

Overall, Colorado's weather is shaped by what meteorologists call a continental climate. That just means that, since the state is about as far as you can get from an ocean, the air is often very dry, monsoon notwithstanding. Dry air cools off very easily, and that means there's a huge temperature difference between night and day, often as much as 30 degrees, so don't expect too many warm summer nights.

Finally, don't forget that Copper Mountain is nearly two miles above sea level. At this elevation, the atmosphere is much thinner, and that allows more solar radiation to penetrate during the day, and radiate outward at night. While the thermometer rarely climbs above 80 degrees, it can feel much warmer than that at mid-day in the sunshine, and you should never be surprised to see frost on the grass early in the mornings.

All of this means that when you visit Copper Mountain, you should be prepared for a wide range of conditions, especially if you're planning outdoor activities. Luckily, the monsoon showers generally happen in the afternoon, so you've most of the day to get your hiking done before you run the risk of getting wet.

Here are some tips that will help you prepare for your visit to Copper Mountain, Summit County:

In general, many people experience some symptoms of altitude sickness without ever knowing exactly what it is. Symptoms can include fatigue, headaches, dizziness and light-headedness. The only real solution is to take it slow the first few days. Get plenty of rest, stay hydrated and eat plenty of carbohydrates, which can replace muscle glycogen levels and prevent protein from being burned as energy. High-carb diets also require less oxygen for metabolism and digestion. More tips are online at this Denver Post website.

Check the rest of the Copper Colorado Condos blog for more information on summer activities at Copper Mountain, and browse our rentals to find the perfect vacation condo.