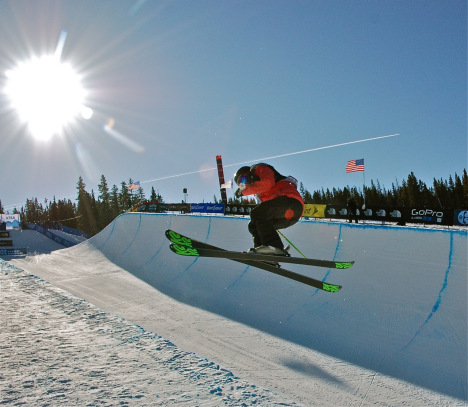 If you’re Jonesin’ for some halfpipe action, your wait is over. Copper Mountain opens its 22-foot superpipe Nov. 30, just in time for upcoming competitions like the The North Face Park and Pipe Open Series, December 8-9, and the Sprint U.S. Grand Prix (Jan. 9-12, 2013).

The Copper Mountain stop of the PPOS will be an International Ski Federation sanctioned NORAM CUP event with athletes earning FIS points. PPOS is a grassroots pipeline for athletes hoping to develop their skills and eventually qualify for top-level competitions such as the Sprint U.S. Grand Prix and the Winter Olympics. The Grand Prix is a 5-Star World Snowboarding event and a platinum AFP (Association of Freeskiing Professionals) event and will be returning to Copper Mountain January 9-12, 2013, debuting on the FIS World Cup schedule in both freeskiing and snowboarding halfpipe and slopestyle.

“I have been anticipating the start of this season more than any in the past. It’s really exciting to get the ball rolling on the Olympic qualifying process and Copper will be a large part of that,” said pro halfpipe skier Jen Hudak. “Not only is their pipe one of the first to open every year, but they host a Grand Prix event that will earn us qualifying FIS points for our eligibility to compete in the Games in 2014. It’s a great place for us to be able to train.”

Visit CopperColorado.com for terrain updates, snow reports, event details, and more. Stay in the loop all year long at www.facebook.com/CopperMtn or@CopperMtn on Twitter.