It’s Time For Some Moose Mania In Colorado 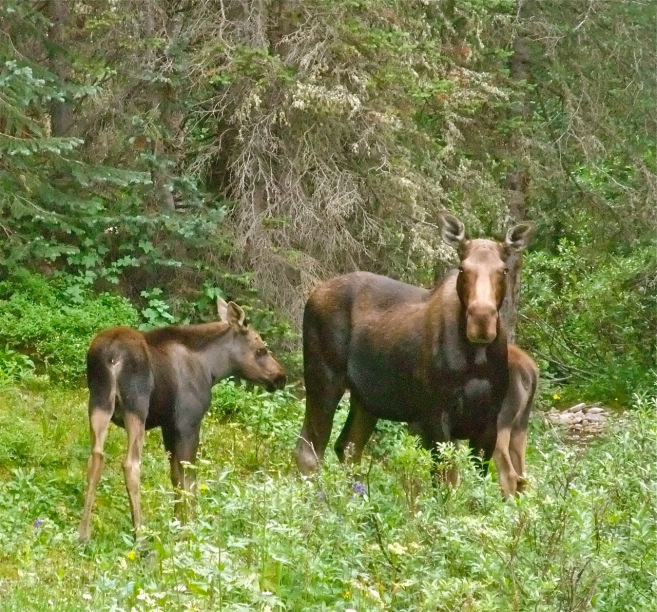 Moose are on the loose in the Rocky Mountains, and Colorado Parks and Wildlife will  host a big celebration in honor of the popular species later this month at State Forest State Park, near the site of the state's first moose relocations in 1978.

Everyone that admires the charismatic ungulates are invited to the daylong festival, Saturday, Aug. 22, from 10 a.m. to 4 p.m. CPW officials say that, as moose populations grow across the state, it is important to provide venues like these for the public to learn more about the species. Both moose festivals include fun and fascinating topics about moose biology, behavior, habitat, and how to watch them safely.

"The day is jam-packed with activities for everyone," said park manager Joe Brand. "This is a great way to wrap-up the summer, not only enjoying one of the most scenic state parks, but in celebration of an animal that is becoming an iconic species in Colorado."

Other agencies and organizations partnering with CPW for the event include Yampatika, Colorado State Forest Service, Colorado State Land Board, the North Park Conservation District, the U.S. Fish and Wildlife Service and North Park Specialty Meats.

During the festival, moose experts will lead a variety of fun programs and events, including hay rides, scavenger hunts, moose talks, and even fly-fishing lessons, as well as brats and burgers on the grill.

Brand said a substantial number of moose make themselves at home in State Forest State Park. The area in and around the park is known as a prime watching area, with many visitors traveling to the park specifically for a chance to see a moose in the wild.

"Our moose here, as they are across the state, are doing very well," he said. "We felt it was time to provide the public with a fun way to learn more about them, and have a great time doing it."

Wildlife managers estimate there are now over 2,400 moose statewide. North Park's population is hovering near its upper objective of 600 moose, set by CPW. In other areas of Colorado, primarily in the state's northwest region, populations are expanding quickly with a few moose appearing in places where they were previously not seen.

"We now frequently see media reports of moose showing up in some cities and towns, parks, campgrounds and a few popular tourist destinations across Colorado," said Watchable Wildlife Coordinator Trina Romero of CPW. "That's a very good thing, but with that comes the responsibility of learning how to react if you see a moose, whether your are out hiking with your dog, or in your backyard."

CPW officials conduct broad, public-outreach campaigns to urge people to be cautious around wildlife, especially moose. They remind dog owners that when a moose sees a dog, they treat it like its primary predator, the wolf, and will aggressively try to stomp on the dog and possibly the owner as well.

Romero reminds the public that moose should always be viewed from a distance, ideally with a camera with a telephoto lens, binoculars or a viewing scope. She advises that keeping your dog on a leash protects you, the dog, and the moose.

"Part of being a citizen of Colorado should include learning about wildlife, how it is managed and how to watch it without causing harm to yourself, or the animal," says Romero. "We understand that people enjoy taking their pets outdoors, but it is critical that they remain on a leash at all times. Dogs are one of the leading causes of conflicts involving humans and wildlife, sometimes ending up with one or more involved being injured."

Romero and other staff from Colorado Parks and Wildlife will be at the event to answer questions, provide information and have a great time with anyone that wants to learn more about moose.

The event is free; however, a seven dollar daily pass, or annual pass is required to enter the park.

For more information about the moose in Colorado, visit cpw.state.co.us/learn/Pages/LivingwithWildlifeMoose.aspx