It's going to get deep in the Colorado Rockies this week, as a potent winter storm promises to deliver at least a foot of snow and cold temperatures to all mountain areas — in other words, a great early season storm for skiers and snowboarders.

A Hands-On Guide to Figuring out Colorado Mountain Weather

Like most mountain dwellers and outdoor-sports enthusiasts, we're weather geeks. We're not afraid to admit it, and if you happen to be a Copper Condos guest or blog reader, it works to your advantage. We keep up on the short-term forecasts, the long-term trends and even the science behind the weather, which means that our guess as to what the weather will be like when you come to Copper may be just a little more educated than most.

The third annual UN World Tourism Organization's conference on media and tourism aims to explore how social media, blogging and traveler participation in creating tourism news and information will play out in years to come. 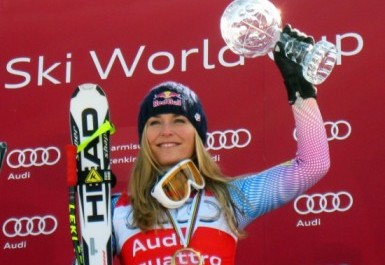 It's not an exaggeration to say that some of the world's best skiers are gathered at Copper Mountain right now, training hard for the 2014 Winter Olympics in Sochi, just a few short months away. The official 2014 U.S. Alpine Ski Team will be announced at Copper on Nov. 8 in an official naming ceremony, determining the athletes set to represent the U.S. at the 2014 Winter Olympics in Sochi, Russia. The Swon Brothers, recent finalists on NBC’s “The Voice,” will take the stage at 4:30 p.m. in Burning Stones Plaza, Center Village.

Ski Season is Here - What are you Waiting for?

Summit County is earning its moniker as Colorado's playground this weekend, with three of the four local ski mountains already open for business after a week of on and off snowfall. Copper Mountain opened for skiing Friday, Nov. 1 with 5 inches of fresh snow, as predicted by our local weather guru.